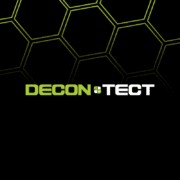 Are You at Risk from Secondary Exposure to Fentanyl?

Fentanyl is changing the rules of the game for all first responders. There’s no such thing as an easy call anymore.

Chief Ray Goodwin of the Onset Fire Department in Wareham, Massachusetts can attest to that. A recent incident there resulted in one patient dying, and a police officer hospitalized during the response. It could have been much worse.

More responders could have suffered accidental Fentanyl overdose by contact with residual Fentanyl that was on their equipment without realizing it was there.

According to Chief Goodwin, “Sadly, we have been responding to Heroin overdoses for over 4 decades. In the past few years, we’ve had a significant increase in overdoses. We’ve been encountering Fentanyl in Heroin for quite some time before it was officially recognized.

At first, we attributed the increased number of overdoses to thinking the supply of heroin we were seeing was purer and not cut as much. Then the intelligence we received from DEA started coming in about the possibility of Fentanyl being mixed with the Heroin.

I’ve been on the State HazMat Team for about twenty years, so I have experience in decontamination.

Returning from a recent trip, my Deputy Chief informed me of an incident that had occurred the night before. On a Saturday night, the Department received a report of an overdose and we responded. The police arrived just before us. There was a male patient that was down and repeated doses of Narcan were administered but the patient did not respond.”

“There was white product all over the table and it was suspected that the patient had been snorting Fentanyl.”

“During treatment of the patient, one of the police officers on scene started experiencing dizziness, light-headedness, and couldn’t hold himself upright. The patient and the police officer were transported to the hospital and our responders returned to the station. None of the fire department personnel had any symptoms of exposure.

Because this Fentanyl threat is relatively new, we are currently working on our policies and procedures to address this problem.

Since there was no SOP guidance, the responders had simply wiped the equipment bag down when they had returned.

The crew was called out for a fire that morning, so I went to the scene to examine the truck and the equipment.

Luckily, I had some Fentanyl test strips and some 200ml kits of Dahlgren Decon that I acquired when I attended the DeconTect Awareness Program training that was conducted for the Commonwealth HazMat Team. I gloved up and put on an N95 mask and started swabbing the vehicle compartment and the first-in bag. I got one negative hit on the bottom of the bag but when I tested the other half of the bag I got a positive hit for Fentanyl.

I told the Deputy to send the vehicle back to the station with just the driver and send the crew back in other vehicles.

I notified the State HazMat team and they arrived to assess the situation. We tested some of the gear from the people who had been on the scene as well as the two ambulances and fortunately, they came back negative for Fentanyl.

The HazMat team and my Deputy tested the incident scene and applied Dahlgren to neutralize the remaining Fentanyl residue. They then tested the area after it had been deconned and had no positive hits for Fentanyl.

We considered the incident mitigated at that point. The station was mitigated, the vehicle and equipment were mitigated, and the ambulances used were clean. We had a positive outcome and there were no secondary exposures due to contamination.

It was just a lucky chain of events that I had recently taken the training in hybrid decontamination using FiberTect wipes and Dahlgren Decon to neutralize Fentanyl and had the kits on hand to manage the decontamination process.”

“If we had not had the Dahlgren Decon on hand, I probably would have had to take the vehicles out-of-service and thrown away the bag and all the equipment.”

“Some people will tell you that you can use soap and water on Fentanyl but you’re really not neutralizing it if you do that. You’re just diluting it and moving it around. Dahlgren Decon changes the Fentanyl’s chemistry and completely neutralizes it.

Utilizing two of the available Dahlgren Decon kits I was able to decontaminate the vehicle, the equipment bag and hard equipment, and even the incident scene for under $200 in less than two hours. Without those kits, we would have had a vehicle out-of-service for an extended period and had to pay a cleaning company a significant amount of money to do the same work. For the convenience alone, the Dahlgren Decon is priceless. It’s a game-changer for us.

Since our responders’ safety is the most important thing, if I would have had to toss the equipment away, I would have done it. It’s just the cost of doing business. But this decontamination process means I don’t have to do that to protect them.

What I want our fellow responders around the country to understand is that we can respond to these types of incidents effectively. With training, education, and practice, as well as good equipment and policies, we can respond effectively and perform the services our public needs us to do.”

The Onset Fire District is a 5 square mile area located in the Town of Wareham in South-East Massachusetts near the end of the Cape Cod Canal. The town has a year-round population of 8,900 residents which swells to between 20,000 and 30,000 during the summer months. The Onset Fire Department responds to between 1,500 and 2,000 calls per year.

The Department has 7 full-time members and 65 on-call members. They respond in a combination model where the station is manned 24 hours a day. The Town of Wareham has an advanced life-saving (ALS) ambulance but the area is remote, so the Fire Department usually arrives on-scene before the ambulance.

The community is very economically diverse with expensive waterfront properties as well as trailer parks. They have a wide-range of customers for their services.

Editor’s Note – Do you have a decontamination response story to share with your counterparts in other departments? Let us know. Email us at news@firstlinetech.com with a brief description of your experience.

Have You Ever Been Hit with Pepper Spray?

THE INCIDENT: Removal of Pepper Spray

The effects are temporary but are painful enough to deter and stall an attacker.  If you’ve ever been hit with pepper spray, you know you want to get it off you as quick as you can. But the usual techniques of wiping it off with soap, water, and towels is not very effective.

Captain Todd Andrews of the Springdale Arkansas Fire Department has seen the effects first-hand and has found a better way to remove pepper spray quickly.

According to Captain Andrews, “When we first got a supply of FiberTect wipes, we went out on a call where a child decided he wanted to spray one of his family members with pepper spray. We were surprised that when we started wiping the pepper spray off the child’s face there was an almost instantaneous relief from the pain caused by the agent.”

Impressed with the effectiveness of the FiberTect wipes, he was able to utilize this approach during other incidents with similar results.

“Our local police department received a shipment of pepper-spray projectiles commonly referred to as pepper-balls. Recently they utilized one of these pepper-balls while subduing a suspect and he went down immediately.

Because the agent is contained in oil which sticks to the person it is difficult to remove. I suggested that the medics wipe the patient with the FiberTect wipes before transport. We were again surprised by how quickly the symptoms were relieved.

Pepper-spray weapons systems are used by law enforcement, the military, and other organizations. The weapon is used generally in the role of stand-off weapons, where physical proximity to a suspect is deemed dangerous but deadly force is not warranted.

Training with pepper-spray weapons is another situation where having a supply of FiberTect wipes is helpful.

According to Captain Andrews, “Several of our medics operate on the SWAT Team and they were training with the pepper-balls. Of course, they have to get hit by the pepper-balls before they are allowed to use them, so they will understand how effective they are.

“Since then, we’ve put a few FiberTect wipes on each medic unit so that if they encounter the need to remove pepper spray in the field, they’ll have them on hand. This saves us having to send the HazMat Truck to some incidents.”

Springdale Fire Department covers the Northern part of Washington County and a portion of Southern Benton County in Northwest Arkansas. The City of Springdale has over 80,000 residents making it the fourth largest city in the state. The city has recently been accredited and is a Class One ISO City.

Recently, Springdale has been experiencing rapid population growth and the Springdale Fire Department is expanding from six stations to nine. The Department also has over 130 line personnel. Springdale is a very diverse community with a mixture of single–family homes, multi-story apartments, hospitals and nursing homes, and large commercial structures.

Captain Andrews describes the operation of the HazMat Team. “Our station 3 is our dedicated HazMat station with the HazMat truck, a medic unit, and an engine. The Springdale Fire Department currently has five front line engines, two ladders, 4 medic units, an available heavy rescue vehicle, and two brushfire trucks. More units have been ordered and those will be deployed when the city opens Station 7.

The HazMat team covers the entire town of Springdale and serves the larger region through mutual aid agreements. All the HazMat teams in the region train extensively together throughout the year. In that way, everyone knows each other and can fit into each department’s command system when working together on large incidents.”

“Our medic units all now carry a supply of FiberTect wipes that they use any time they encounter any contaminates in the field.”

The FiberTect decontamination wipe can serve as a standalone technology or be used effectively as an integral part of a hybrid decontamination system by using it in conjunction with Dahlgren Decon.

Editor’s Note – Do you have a decontamination response story to share with your counterparts in other departments? Let us know. Email us at news@firstlinetech.com with a brief description of your experience.