One Team, One Fight in New Bedford, Massachusetts 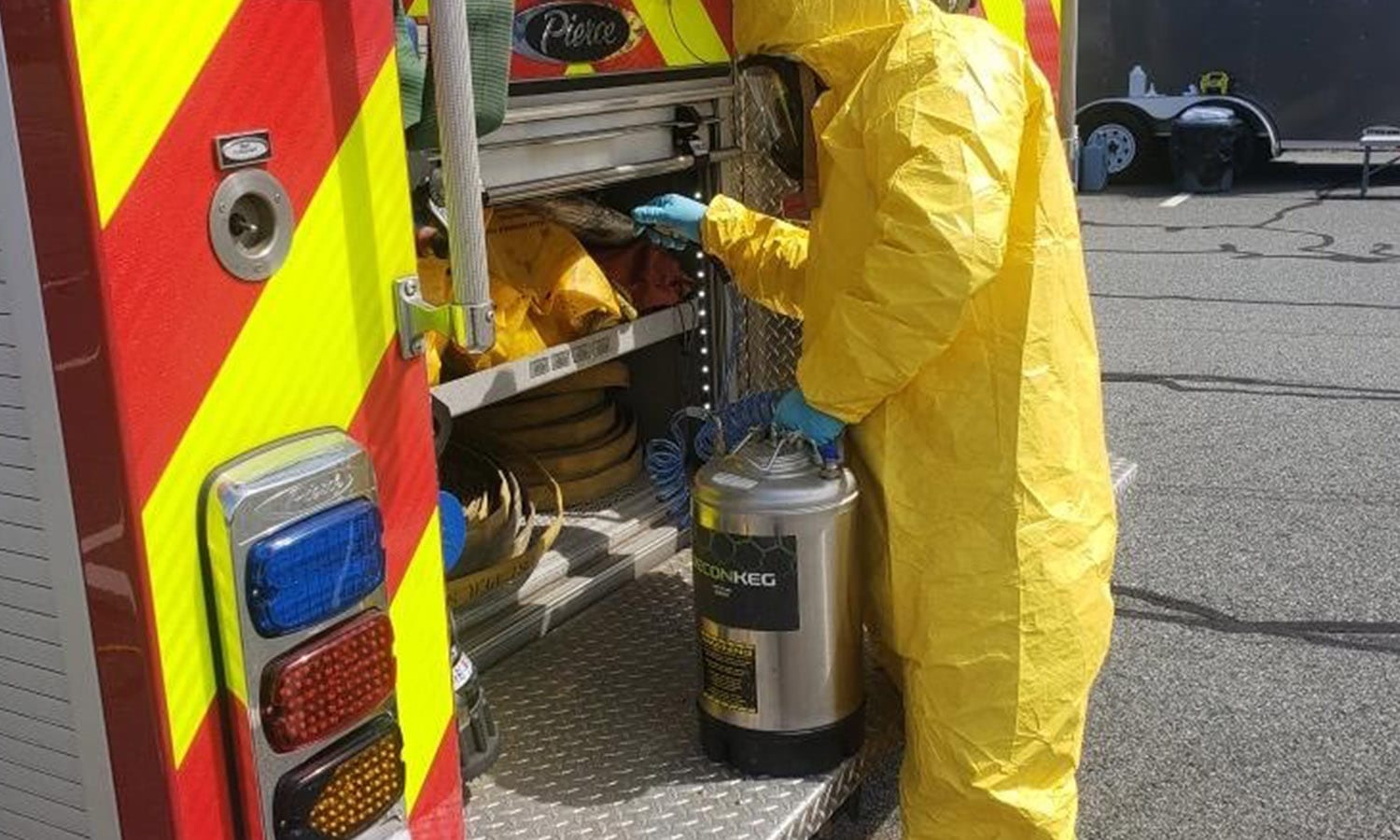 The continuing threat of coronavirus (COVID-19) has created new challenges for first responders who are often exposed to infected individuals in the normal course of duty. Keeping our public safety and healthcare personnel safe from the virus is a major concern for departments across the country.

The City of New Bedford, Massachusetts was one of the first communities to take proactive measures by organizing an ongoing, systematic disinfection of all public safety vehicles and facilities in the region.

“We began to see that police cruisers were being contaminated with people being brought in, as well as jail cells and booking areas. The department decided to get in front of it and start spraying some disinfectant”,  said Rebello.

“The police department didn’t have a lot of manpower, so we said we’d like to support and expand that effort by disinfecting fire engines and ambulances as well as the cruisers. Now we are spraying down the vehicles of any public servant that brings them in. The Bristol County Sheriff’s Office started spraying cruisers that transported people and booking areas. We expanded on their initial program. Sheriff Tom Hodgson detailed Officer Ken Almeida to assist with our program.” 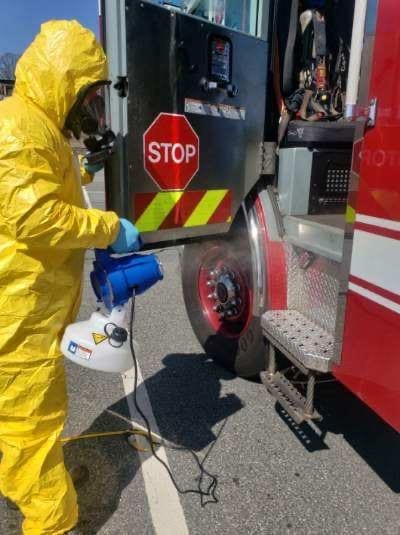 Use of the Hurricane Electrostatic Fogger on a fire truck

The disinfection line operates twice a week. On each of those days they disinfect between 80 and 100 vehicles.

“The disinfectant we use is relatively mild, so it takes about ten minutes of contact time before the surface is disinfected,” Rebello explained. “If we use anything harsher, we have to worry about damaging sensitive equipment.”

Like many communities that have had to develop large scale disinfection efforts to confront COVID-19, access to equipment and large quantities of disinfectant have been an issue.

“Early on we had an issue getting a sufficient quantity of disinfectant. Our local hospitals, the South Coast Hospitals Group, came forward and said they were using a disinfectant in their Emergency Rooms called Hyperfect 256. We can only have people that have been properly trained in its use, understand the dangers, and have the right PPE spray it,” said Rebello.

Being able to quickly decon many vehicles requires having enough sprayers.

Rebello explained that they have had to adjust their efforts based on the types of sprayers available.

On the days they are not working on vehicles, they disinfect fire and police stations. The Sheriff’s Department has the primary responsibility for disinfecting the jails.

Disinfecting so many vehicles and facilities is a massive effort that requires cooperation of many departments across the entire region.

We have police, fire, and the ambulance crews from the city participating. They each send someone to coordinate the rotation of their vehicles. They make the calls to tell each crew when to come. The public safety personnel from other jurisdictions send their crews and vehicles whenever they are available, we don’t give them a set time, we are open from 10 to 3 on the days we disinfect.”

Of course, the New Bedford Fire and Police Departments must manage their normal operations on top of this effort. “The other night we were called out to handle a crime scene where fentanyl was suspected,” said Rebello. We used Dahlgren Decon on that since it is our go-to solution for fentanyl and other opioids. You have to adapt the solution you use to the threat you face.”