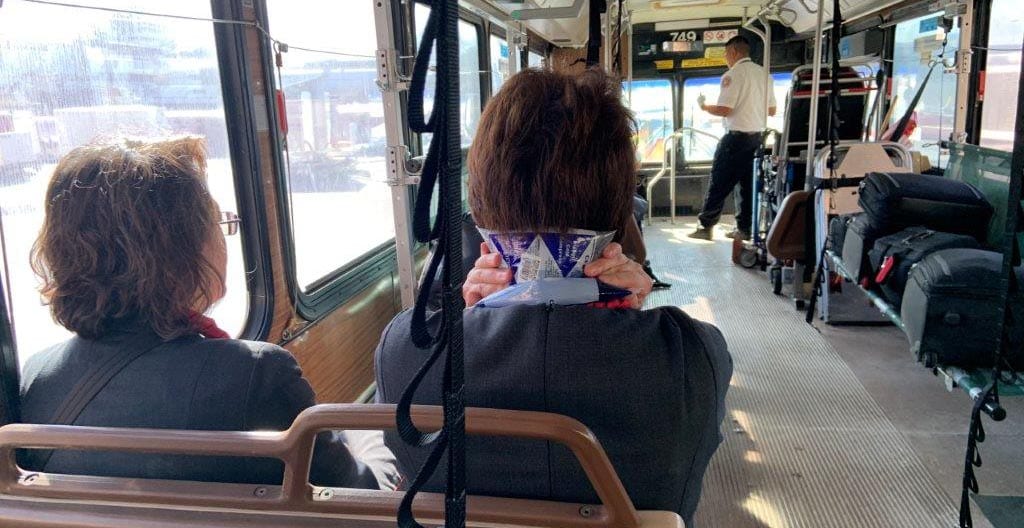 Everyone dreams of a tropical vacation in Hawaii.

But for the passengers and crew of a recent Air Canada flight, an unexpected trip to Honolulu was not on the itinerary. Severe turbulence inflight caused multiple injuries that required the plane to be diverted to Hawaii.

With a significant number of mass casualties onboard the aircraft; federal, state and county agencies from the airport and surrounding areas responded.

Chief Dean Nakano of the Honolulu Emergency Medical Services explained the incident and how his organization was able to use an AmbuBus in its response effort.

“On July 11, 2019 we got a call that an Air Canada plane was on a non-stop flight to Australia when they hit some turbulence and that there were injuries on the plane. They were about one hour past Honolulu when the turbulence occurred. They turned the plane around and flew to Honolulu so the injured could be treated,” said Chief Nakano.

Initially, there were reports of critically injured people on the flight. It was estimated there were 20 individuals in need of medical attention from a total of 269 passengers and 15 crew members onboard the plane.

The Daniel K. Inouye International Airport falls outside the jurisdiction of Honolulu EMS. Incidents there are the primary the responsibility of Hawaii Crash and Rescue and American Medical Response (AMR). “Usually, if an incident occurs there, Honolulu EMS is asked to assist if needed before sending units. However, when we heard there were at least 20 injured and an unknown amount of critically injured people, we started deploying our resources,” Nakano said.

Honolulu EMS responded with a District Chief, three ambulances, along with the AmbuBus. The Chief of Operations also responded to assist with triage and treatment.

The AmbuBus deployed by Honolulu EMS was donated by the City and County of Honolulu Transportation Services, which operates the bus services for the county. “When we received it, the bus had 600,000 miles on it. They have great mechanics at the Transportation Services Department because the bus is still running four years later.”

“The AmbuBus is positioned about an hour away from the airport in rush hour traffic. Unfortunately, we have not been able to have a secure parking location for the AmbuBus closer to town,” said Nakano.

“The AmbuBus was rolling at about six o’clock (that) morning, which is peak rush hour traffic in the area. When it arrived at the airport, triage was set-up and we were able to assess the injured. Luckily, there were no critically injured patients, but we saw we had several walking wounded individuals,” said Nakano. In total there was close to three dozen patients.

There was one federal ambulance and four AMR ambulances at the scene, but their crews were tied up with triage, treatment, and transport duties, according to Nakano.

“Some of the patients were transported by the ambulances on the scene and we escorted seven patients onto the AmbuBus, treating and transporting them to the trauma center,” said the Chief of EMS.

“If the AmbuBus had not been available, transporting the patients would mean using 5 or 6 ambulances making multiple trips. That would tie up one third of the total pool of Oahu’s city ambulances. Taking that many ambulances off their regular duties would put a serious strain on our ability to respond to 911 calls,” Nakano added.

The Division had approximately 150 paramedics, which includes unit supervisors, district chiefs, and about 80 emergency medical technicians and 25 emergency medical dispatchers. Honolulu EMS has 21 units (two of which are part-time) so when Air Canada experienced its incident last month, they had 19 units on-duty.

Chief Nakano has been with Honolulu EMS since January 4, 1981. He started as an EMT before moving up to a paramedic. He was a unit supervisor for about 12 years and then a District Chief for ten years. He has served as EMS Chief for four years.

Chief Nakano said, “In the four years we have had the AmbuBus, we have used it primarily for training and as standby medical support for large events. For example, we have recently had it deployed during a Bruno Mars concert, the Honolulu Marathon, the Pearl Harbor 75th Commemoration, and the Fourth of July Fireworks show.

We are hoping to have a second bus donated so we will have additional multi-patient transport capacity if we have other large-scale events.”

But of course, they hope to have it but not have to use it.

Will There Be Another Active Shooter Incident in the Next 64 Days?
Scroll to top
Get Started