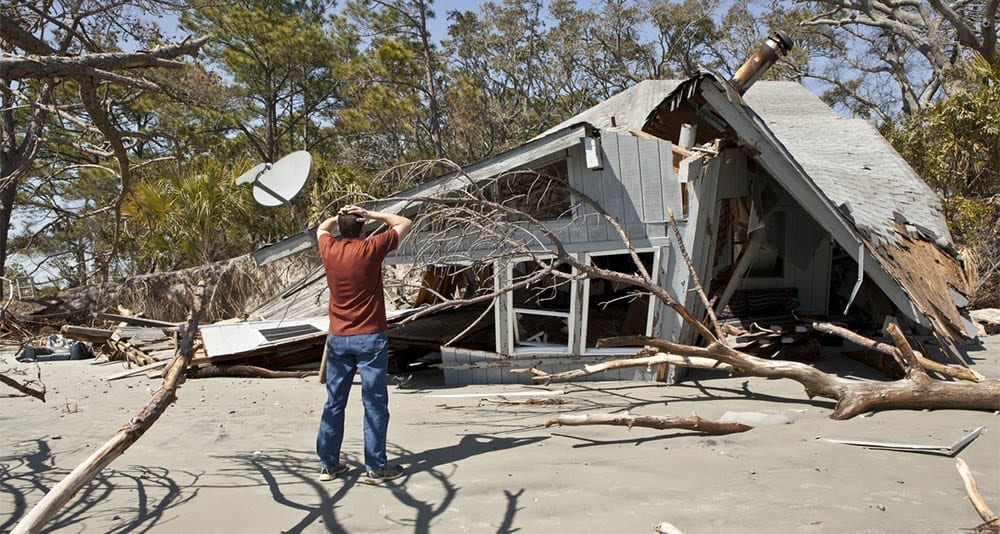 Almost every area of the United States experienced some natural or man-made disaster in 2019.

Wildfires, floods, tornadoes, hurricanes, and earthquakes were featured prominently in the news almost every day. To better assess the risks we may face in disaster planning and response for 2020, it may be useful to take a look at some of the statistics on these events last year. 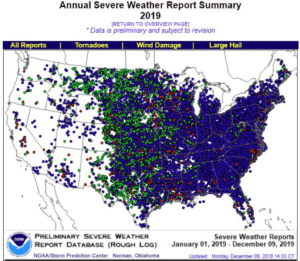 Figure 1. To see the map and detailed statistics visit https://www.spc.noaa.gov/climo/online/monthly/2019_annual_summary.html

A look at their map of these events (Figure 1) shows that virtually every region of the country experienced severe weather.

NOAA also identified 10 weather and climate disaster events with losses exceeding $1Billion each across the United States (as of October 8). 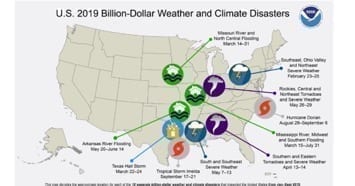 To see the map and statistics visit https://www.ncdc.noaa.gov/billions/

It is harder to get accurate statistics of inland river flooding than flooding caused by hurricanes and tropical storm in coastal areas.

According to the Center for Disaster Philanthropy, “There were three major rounds of flooding between March and September. In many cases, communities flooded more than once, with barely any time in between to clean up or prepare for another flood. Spring flooding – March through May — is not unusual given snow melt, rising temperatures and rain. But parts of the Midwest and northern U.S. states were hit with a “bomb cyclone” this year that dropped immense amounts of snow and rain in a short period of time.” 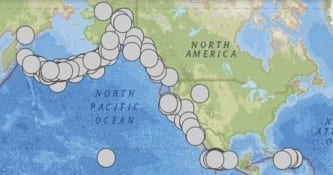 There were at least 132 earthquakes in the United States and Mexico of at least 7.0 magnitude recorded in 2019. Most of these occurred from Alaska down the west coast (Figure 3).

So, what insights can we gain from these gloomy statistics?

While real risk assessment must be done locally, looking at the overall picture, most areas of the country will probably experience events where significant numbers of people will be displaced or need to be evacuated.

All communities should be prepared for mass casualty events and have enough multi-patient transport capacity to handle hospital and nursing home evacuations on top of the possible medical surge caused by these types of events.

Many of the events we experienced in 2019 were of significant size and impacted large areas. Therefore, mutual aid agreements for ambulances and shelters may not be able to provide the necessary assets since they will have to dedicate them to their own situations.

11 Treated After Chemical Reaction Causes Problem at Plant in Montgomery, A...
Scroll to top
Get Started