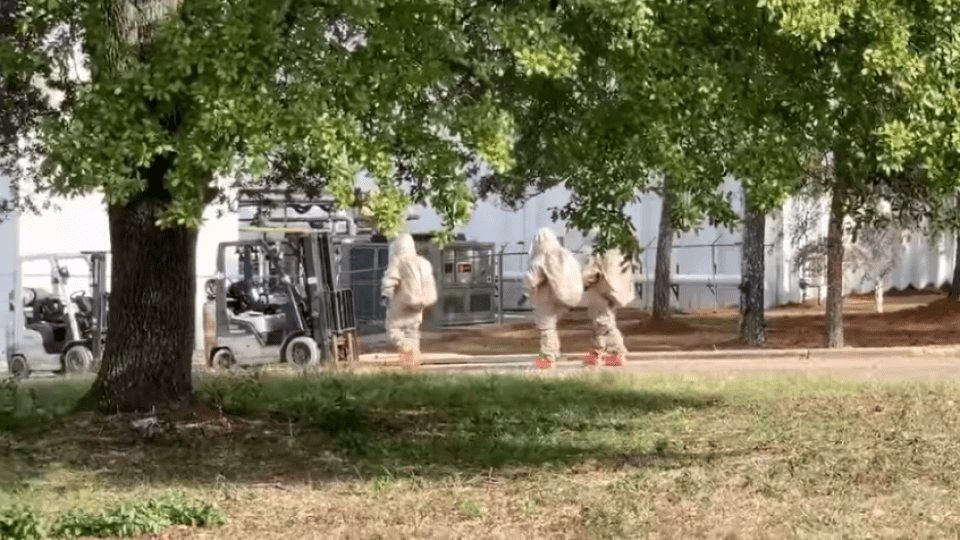 A chemical reaction occurred in a production facility in Montgomery Alabama, causing the building to be evacuated. Montgomery Fire and Rescue treated 11 patients, with 3 being transported to local hospitals for conditions that are considered non-life-threatening.

As a result, most HazMat teams have had to acquire, stock, and learn how to handle a wide variety of limited use decontamination solutions. However, two scientific breakthroughs are making it possible to significantly reduce the number of solutions used in HazMat operations.

The U.S. Navy developed Dahlgren Decon™, a truly effective broad-spectrum decontamination solution that chemically neutralizes or safely removes hundreds of know and emerging threats. These include most:

FiberTect®, is a unique three-layer absorbent wipe which can remove bulk amounts of contaminants quickly and safely.

This Hybrid Decontamination™ process greatly reduces the number of solutions the HazMat team carries, the time required to mix and setup the decontamination solution as well as cleanup after the deployment.

Of course, no decontamination solution is effective against every known and emerging threat but First Line Technology, the manufacturers of both Dahlgren Decon and FiberTect makes it easy to determine if Dahlgren Decon™ will work on the identified threat.

An always available mobile and web-based app, the Decon Field Guide™ enables responders to quickly determine if Dahlgren Decon is effective against the identified contaminant, how to mix Dahlgren Decon and the recommended dwell time.

Because Hybrid Decon is such a new process, the First Line Utilization Academy™ offers both in-house Train-the-Trainer classes, and onsite HazMat team training.

At Least 1,680 Dams Across the US Pose Potential Risk
Scroll to top
Get Started