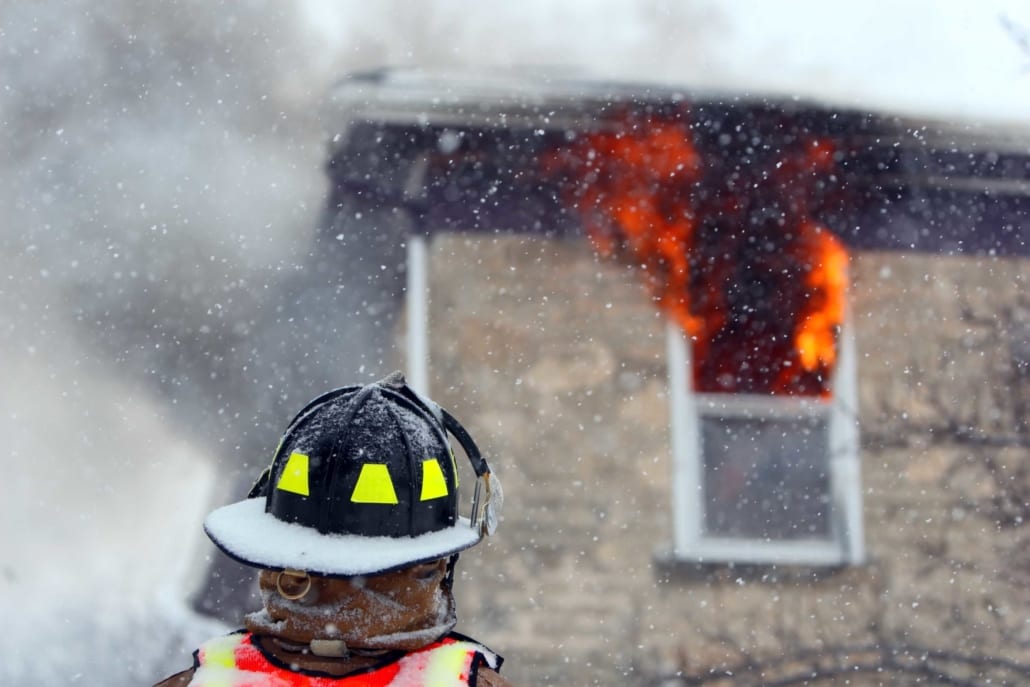 Use an AmbuBus as an on-site shelter for victims and responders.

2:30a.m
-7⁰F
Smoke and flames begin to rise from a multi-story apartment building. The smoke alarms blare and the building’s sprinkler system begins to shower everyone and everything in it with cold water.

Terrified tenants run outside into the freezing cold waiting for the fire department to arrive. There’s no place open nearby where they can find shelter.

The first responders on the scene know they must get the victims out of the cold before hypothermia sets in. They call to the dispatcher and ask to have one or more of the regional AmbuBuses deployed as quickly as possible.

The first AmbuBus arrives within half an hour. Responders help the most at-risk individuals onto the bus. The warmth from the bus’s heater is welcome relief to the victims.

Other patients have medical devices that require electricity, so they plug them into the installed AmbuPower system which is a noise and smoke-free generator replacement.

Two more AmbuBuses arrive shortly thereafter. The responders use the second AmbuBus to accommodate the rest of the victims. Some of them are in wheelchairs so the EMTs set up the AmbuRamp which simplifies loading them. They lock the wheelchairs in place.

The two AmbuBuses containing victims depart for a local school which will serve as a temporary shelter. Since there are no cots there, the responders quickly remove the AmbuBus frames and stretchers and install them free-standing in the school’s gym.

Since the third AmbuBus is not needed for victim transport or shelter, the responders flip some of the stretchers up so that the firefighters that have been working in the wind and spray from the hoses can get out of the cold and rehab before returning to the fight.

Now ask yourself, how would your department handle this scenario if no AmbuBuses are deployed in your area?